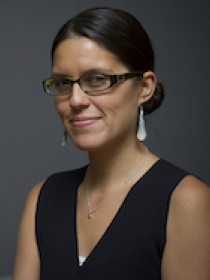 Gleeson’s research includes several collaborative projects, regarding the role of the Mexican Consulate in protecting the rights of immigrant workers (with Xóchitl Bada), the local implementation of the 2012 Deferred Action for Childhood Arrivals (DACA) program (with Els de Graauw), and the impacts of temporary legal status on immigrant workers (with Kate Grifftih). She earned her PhD in Sociology and Demography from the University of California, Berkeley in 2008. Gleeson joined the faculty of the Cornell University School of Industrial and Labor Relations in the fall of 2014, after six years on the faculty of the Latin American & Latino studies Department at the University of California, Santa Cruz.

Her books include Building Citizenship From Below: Precarity, Migration, and Agency (Routleges, 2017, edited with Marcel Paret), Precarious Claims: The Promise and Failure of Workplace Protections in the United States (University of California Press, 2016), The Nation and Its Peoples: Citizens, Denizens, Migrants (Routledge, 2014, edited with John Park), and Conflicting Commitments: The Politics of Enforcing Immigrant Worker Rights in San Jose and Houston (Cornell University Press, 2012).

Examines the extant qualitative literature on women's contraception to illuminate common themes in women's perspectives through the lens of the feminist poststructuralist framework.

Identifies, through an examination of municipal public funding for community-based organizations that serve disadvantaged immigrants in four cities in the Bay Area region of Northern California, the phenomenon of suburban free-riding where suburban officials rely on central city resources to serve immigrants, but do not build and fund partnerships with immigrant organizations in their own jurisdictions.

"Capitalism and the Immigrant Rights Movement in the United States" (with Sofya Aptekar and Marcel Paret). Socialism and Democracy 33, no. 3 (2020): 1-25.

Discusses how social movements are full of contradictions, and an inherent tension often emerges between reformist and radical flanks. Mentions how this becomes especially true as activists attempt to draw connections between varied aims such as opposition to globalization and support for immigrants. Considers the implication of this critical omission.

"Assessing the Scope of Immigrant Organizations: Official Undercounts and Actual Underrepresentation" (with Irene Bloemraad). ). Nonprofit & Voluntary Sector Quarterly 42, no. 2 (2012): 344-368.
Examines the official scope and actual coverage of immigrant civil society in seven California cities for four immigrant-origin communities (Indian, Mexican, Portuguese, and Vietnamese) using an official database of registered 501(c)3 organizations and interviews with 160 key informants and organizational leaders. Our findings carry important implications for resource inequalities and advocacy capacity in minority communities, underscoring the need for further research on the vitality of immigrant civil society.
"When Do Papers Matter? An Institutional Analysis of Undocumented Life in the United States" (with Roberto G. Gonzales). International Migration 50, no. 4 (2012): 1-19.
Draws on over 200 in-depth interviews to argue that there is a stark difference between how schools encourage undocumented youth to view themselves as equal members of U.S. society and how undocumented workers are marginalized in the workplace. We find that whereas schools render immigration status irrelevant for undocumented students, undocumented workers must develop a particular set of survival skills that help them live and work successfully in the United States without being detected while also erecting a barrier between themselves and any additional rights they may be afforded.
Conflicting Commitments: The Politics of Enforcing Immigrant Worker Rights in San Jose and Houston (Cornell University Press, 2012).
Examines two cities – San Jose, California, and Houston, Texas – with very different approaches to addressing the exploitation of immigrant workers – both involving the strategic coordination of a range of bureaucratic brokers, but in strikingly different ways. Drawing on the real life accounts of ordinary workers, federal, state, and local government officials, community organizers, and consular staff, Gleeson argues that local political contexts matter for protecting undocumented workers in particular.
"Leveraging Health Capital at the Workplace: An Examination of Health Reporting Behavior among Latino Immigrant Restaurant Workers" Social Science & Medicine 75, no. 12 (2012): 2291-2298.
Draws on 33 interviews with kitchen staff employed in the mainstream restaurant industry in San Jose, California, and Houston, Texas to argue that workers must consider complex power relationships at work in weighing the advantages of calling in sick, using protective equipment, seeking medical care, or filing a workers’ compensation claim. These decisions implicate direct and opportunity costs – such as risk of job loss and missed opportunities for advancement – and workers consequently leverage their health capital to meet their economic needs, to assert their autonomy at the workplace, and to ultimately reject the stigma of illness and injury.
"Labor Rights for All? The Role of Undocumented Immigrant Status for Worker Claims-Making" Law & Social Inquiry 35, no. 3 (2010): 561-602.
Uses forty-one interviews with both documented and undocumented Latino restaurant workers in San Jose, California, and Houston, Texas, to identify three common narratives that undocumented workers provide to justify not making claims on workplace protection. These include 1) an ever-present fear of deportation that inhibits any formal confrontation, 2) a particularly pragmatic and short-term understanding of their working life in the United States, which their working conditions temporary and endurable, 3) a sense of belonging in the U.S. based on an extreme work ethic.
"From Rights to Claims: The Role of Civil Society in Making Rights Real for Vulnerable Workers" Law & Society Review 43, no. 3 (2009): 669-700.
Examines the contextual factors driving legal mobilization of workers in the United States through an analysis of national origin discrimination charges under Title VII of the 1964 Civil Rights Act (2000–2005). Consistent with previous studies, this analysis confirms that high unemployment levels and weak labor protections promote legal mobilization, and that civil society plays a positive role in promoting claims-making, especially in places with a larger vulnerable workforce.