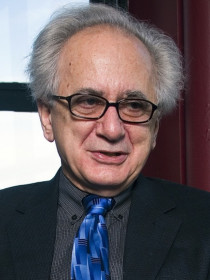 Richard Alba has devoted his research for decades to understanding the impacts of immigration on the groups involved and on the societies that receive them. Recently, he has argued against the widely believed majority-minority narrative for the U.S., according to which whites will soon become a numerical minority. He points to the surge of young people from mixed minority and white family backgrounds as a better way of understanding the changes brought by increasing diversity.

The Children of Immigrants at School: A Preliminary Look at Integration in the United States and Western Europe (edited with Jennifer Holdaway) (New York University Press, forthcoming).
Shows how the children coming from low-status immigrant families are lagging behind their mainstream peers in the schools of the United States and four western European countries at a time when the need for highly educated workers is increasing everywhere. The fruit of an international study involving 25 social scientists, this book addresses a number of reforms that can be undertaken to ameliorate this inequality.
"Mexican Americans as a Paradigm for Contemporary Intragroup Heterogeneity" (with Tomás R. Jiménez and Helen B. Marrow). Ethnic and Racial Studies 37, no. 3 (2013): 466.
Examines theories of racialization and assimilation in regards to the position of immigrant-origin populations in American society – and finds reason to think that heterogeneity, for Mexican Americans at least, is increasing in the twenty-first century.
Blurring the Color Line: The New Chance for a More Integrated America (Harvard University Press, 2009).
Argues that the social cleavages that separate Americans into distinct, unequal ethno-racial groups could narrow dramatically in the coming decades – but demographic shifts will only benefit disadvantaged American minorities if they are provided with access to education and training.
Remaking the American Mainstream: Assimilation and Contemporary Immigration (with Victor Nee) (Harvard University Press, 2003).
Demonstrates the continuing importance of assimilation in American life even as institutional changes, from civil rights legislation to immigration law, have provided a more favorable environment for nonwhite immigrants and their children.