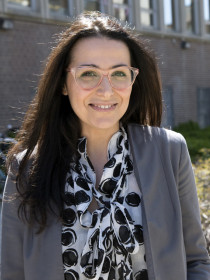 Maghbouleh's research focuses on the racialization of immigrants from the Middle East and North Africa (MENA) in the United States and Canada. Overarching themes in Maghbouleh's writings include migration, borders, xenophobia, culture, and politics. Maghbouleh is a federally-endowed Canada Research Chair in Migration, Race, and Identity at the University of Toronto. She has provided consultation to the Canadian Ministry of Immigration, Refugees, and Citizenship; the U.S. consulate in Canada, and major granting organizations like the Spencer Foundation.