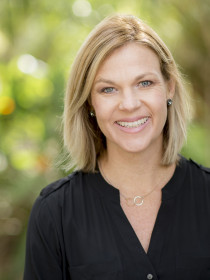 Lupo's research focuses on race riot commissions, social movements, and comparative democracy. Overarching themes in Lupo's writings include protest politics, government response to urban unrest, and democratization. Lupo has served on the San Diego Deliberation Network, is the director of the Institute of Politics and Public Service, is a graduate of LEAD San Diego (2017), and frequently travels with students domestically and internationally.

“Flak Catching” and How to Improve Government Response to Urban Uprisings

Brings abstract political concepts into focus by connecting them to your life. Provides insights into the continually evolving nature of international politics. Uses real examples from different political systems to demonstrate how politics are understood throughout the world.

Demonstrates many postfeminist characteristics, such as a focus on girls’ empowerment and neoliberal agency; temporal anxiety and time travel; commodification of racial difference; affluence and consumerism; the assumption of gender equality, even as its achievement makes it politically irrelevant; and femininity/romance as girls’ free and natural choice. Examines current Disney Channel hits such as Liv and Maddie, Girl Meets World, K.C. Undercover, Teen Beach Movie and Teen Beach 2.

"Democratic Uprisings and Protest Politics: An Analysis of the Organizational Structures Within The Occupy San Diego Social Movement" Journal for and About Social Movements 6, no. 2 (2014): 357-370.

Finds that when asked directly the movement participants often offered strong verbal support for the leaderless structure, the highly consensual form of decision-making, and the diversity of participants. Discovers how observations tended to uncover some challenges to and frustrations with these organizational aspects of the movement.