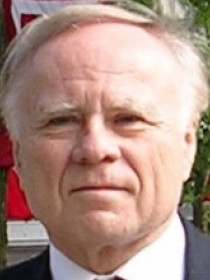 Keulman's research focuses on theory of consciousness and political theory, value theory in ethics, and cross-cultural value theory, as well as on ethics and international relations and the European Union (European identity, regional integration, defense and security policy).  It also involves human rights, political legitimacy, legitimation of social control, and the influence of nuclear issues on domestic and transnational politics. Keulman initiated and directed a seminar on "Nuclear Politics and Society" at the Center for European Studies, Harvard University; and initiated a seminar on "Post-Communist Transitions in Eastern Europe" at the Center of International Studies, Woodrow Wilson School of Public and International Affairs, Princeton University. He was review editor for Human Rights Review and was also a member of the Berkeley/Harvard Project on Comparative Ethics.

Addresses the question of whether a new sense of collective self-identification, labeled "European identity," a special form of socio-territorial identities, is emerging. Contends that the groups of active supporters have historically been changing within the Union; namely, the political Left and Right are changing their roles in negotiating future developments.

"Human Rights and Humanitarian Intervention" Proceedings of the XXIII World Congress of Philosophy 15 (2018): 41-47.

Discusses how today, humanitarian intervention is correlative with changes in internationally recognized norms. Shows that human rights violations may justify intervention if it is founded on a moral duty to intervene.

Contains critical essays that examine ways in which political culture interacts with the world's religions, within the context of religious pluralism. Raises the issue regarding the way religion affects political modernization, and conversely, how social and political realities may define and determine the boundaries of religion.

"European Security and Defense Policy: The EU's Search for a Strategic Role" (2009).

Argues that multilateral regional security agreements might be a factor in counterbalancing hazards of a unipolar world.

Seeks an understanding of the many dimensions of consciousness through interpretations of the ideas of political philosopher Eric Voegelin.

Demonstrates that the mind has the ability to profile a distinctive circumstance in diverse ways. Portrays axiology as a field that has broken away from neo-Kantian roots, benefiting from challenging new conceptual frames.