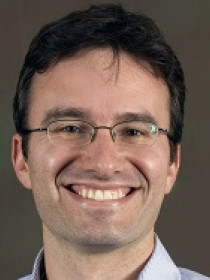 Amsterdam is an historian who studies cities and social policy in the United States from roughly the turn of the twentieth century through the present, including everything from schooling, public health, housing and city planning to the development of policies like social security, unemployment insurance and public assistance to the poor. He is especially interested in unearthing the political roots of the United States’ particular approach to tackling urban problems. Before earning a PhD in history, Amsterdam was a teacher in public and parochial schools that served low-income urban neighborhoods.

The Roaring Metropolis: Businessmen’s Forgotten Campaign for a Civic Welfare State (University of Pennsylvania Press, forthcoming).
Tells the story of how corporate elites attempted to implement their vision for American social policy in the early twentieth century. It offers a major reinterpretation of corporate social politics during that era, recasts the 1920s as a moment of aggressive government expansion, and also provides an allegory for parsing the shortcomings of urban social policy today.
"Before the Roar: Unemployment Relief after World War I and the Long History of a Paternalist Welfare Policy in the United States" Journal of American History (forthcoming).
Exposes the long roots of over 200 American cities’ efforts to provide relief to the jobless following the epidemic of unemployment that engulfed the nation in the early 1920s in order to: first, recast the history of unemployment relief in the United States before the New Deal; next, question prevailing portraits of corporate social politics in the early twentieth century; and, finally, reflect on the shortcomings of prevailing methods of studying the American social welfare state in history.
"Beyond ‘Faith’ in American Education," History of Education Society Conference, 2009.
Calls for a wide-ranging, historically grounded interrogation of why the United States has relied on public schools to address such a wide array of social problems throughout its history, from poverty and crime to racial injustice. By unearthing the contingent, political roots of this past, we can reconceive the present.
"Immigration and the New Metropolitan Geography" (with Michael B. Katz, Mathew J. Creighton, and Merlin Chowkwanyun). Journal of Urban Affairs 32, no. 5 (2010): 523-547.
Provides an intensive examination of immigrant settlement patterns in a major American metropolitan area (Philadelphia) since 1970 with special attention to issues of class, country of origin, and race, and underscores shortcomings in earlier sociological models of immigrant settlement and incorporation. This piece won the prize for best article published in the Journal of Urban Affairs in 2010.