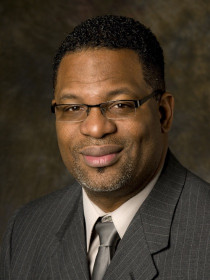 Professor of Political Science, University of Washington
Areas of Expertise:

Parker is a scholar of racial and ethnic politics, social movements, public opinion, and political behavior. Parker is the author of books and articles on social change, patriotism, and right-wing movements. Parker has published in the Journal of Politics, Political Research Quarterly, and International Security, among other journals. He has received several honors for his research and writing, including the Ralph Bunche Award for the best book on ethnic and cultural pluralism (from the American Political Science Association). Parker is also a Robert Wood Johnson Scholar in Health Policy Scholar (2005-2007). He holds a Ph.D. in political science from the University of Chicago, and served in the military from 1982-1992.

The Tea Party and the Revival of Paranoia in U.S. Politics

Episode 32:
Change They Can’t Believe In

Change They Can’t Believe In: The Tea Party and Reactionary Politics in America (with Matt Barreto) (Princeton University Press, 2013).
Explains why people are attracted to the Tea Party, and the political consequences associated with the movement.
"The Tea Party in the Age of Obama: Mainstream Conservatism or OutGroup Anxiety?" (with Matt Barrteo, Betsy L. Cooper, Benjamin Gonzalez, and Christopher Towler). Political Power and Social Theory 22 (2011): 105-137.
"Symbolic versus Blind Patriotism: Distinction without Difference?" Political Research Quarterly 63, no. 1 (2010): 97-114.
Tests claims about whether or not Blind Patriotism (i.e., jingoism) is any different from Symbolic Patriotism (i.e., what America represents).
Fighting for Democracy: Black Veterans and the Struggle against White Supremacy in the Postwar South (Princeton University Press, 2009).
Explains why black veterans – more so than non-veterans – were motivated to participate in the civil rights movement.
"A Black Man in the White House: The Role of Racism and Patriotism in the 2008 Presidential Election" (with Mark Sawyer and Christopher Towler). Du Bois Review 6, no. 1 (2009): 193-217.
Examines the extent to which racism and patriotism – themes associated with Obama’s candidacy – played a role in the outcome. Both did.