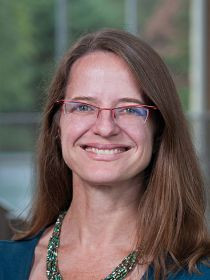 Ewig’s research focuses on inequalities gender and race in Latin America, both in political representation and social benefits. Her current book project examines whether the rising numbers women and indigenous peoples into political office have transformed Latin American policy agendas. Earlier research includes the impact of Latin American health reforms on gender and racial inequalities. Reproductive health policies, including the forced sterilizations in Peru in the 1990s and a survey of abortion policy reforms in the new millennium, have formed part of this research agenda. Ewig directs the Center on Women, Gender and Public Policy.

Assesses whether the left turn led to the political empowerment of indigenous women by comparing the center-right government of Peru with the left-wing governments of Bolivia and Ecuador. Finds that left governments perform better, but among the left, type of left party matters.

Concludes that neoliberal health reforms have brought greater social stratification and, in many ways, have increased gender, racial, and class inequality based on extensive quantitative and qualitative research on Peru's health reforms. But the story is complex, with real progress in some areas and surprising paradoxes in others.

Asks why some left governments in Latin America sought to liberalize access to abortion, while others sought to prohibit it. Shows that type of left matters, with the institutionalized lefts of countries like Chile and Uruguay being more likely to pursue liberalization while populist lefts in countries such as Nicaragua and Ecuador have prevented, or even reversed liberalization efforts.

Develops a novel measure for measuring equity cross-nationally, and finds that the divergent health reforms of Brazil, Chile, and Colombia have all converged toward greater equity. Identifies electoral competition as the key factor that spurred these equity-inducing reforms.