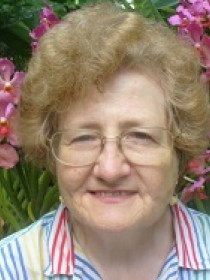 Ferree’s work is particularly focused on political discourses: how issues are framed and what difference that makes for public policy. This has involved comparisons between US political issues and engagements and those in Germany, especially with regard to gender and family policies such as gender mainstreaming, women in science, daddy leaves, sick leaves, violence against women and women in politics. She has also worked on abortion politics in both countries in some detail and has participated in local-level civic debates about reproductive rights. The intersections between gender politics and race, class and sexuality politics are something Ferree has especially considered: what makes “family values” a contentious claim in the US? Why is gender like race in the US and like class in Germany? Why is gay marriage less contentious in Europe but gay parenting more so?

The Class Background of Legislators Counts, But It is Not the Basic Problem

Provides an introduction to the sociology of gender. Answers questions students usually bring  to the course in readable chapters that are packed with the most up-to-date scholarship available. Uses memorable examples mined from pop culture, history, psychology, biology, and everyday life to truly engage students in the study of gender and spark interest in sociological perspectives.

Varieties of Feminism: German Gender Politics in Global Perspective (Stanford University Press, 2012).
Compares the gender politics of Germany with those of the US to show how analogies of gender with class (instead of with race) are used to create political agreement across parties in support of mother work and women’s rights as citizens. Also shows how the politics of gender after the 1995 Beijing UN conference on women have separated the US from an emerging global consensus that women’s equality demands affirmative state support.
"Filling the Glass: Gender Perspectives on Families" Journal of Marriage and Family 72 (June 2010): 420-439.
Reviews the past decade’s research on gender relations in families; highlights the intersections among gender, race and class in how family policy affects actual families and how struggles for gender equality within the family are variably successful, depending on the economic and social context of the men and women who are trying to make families work for them.
"An American Roadmap to Equality? Framing Feminist Goals in a Liberal Landscape" in Gender Equality: Transforming Family Divisions, edited by Janet Gornick and Marcia Meyers (Polity Press, 2009).
Discusses how the distinctively liberal approach to social policy in the US distinguishes it from the many countries in the world that routinely offer paid leaves for childbirth for mothers – and now even financial support for both parents in some cases. Rather than trying to emulate European models, the US could adopt less maternally-focused support in favor of caregiving throughout the lifecourse, whether for kids, aging parents, or ailing partners.
Shaping Abortion Discourse: Democracy and the Public Sphere in Germany and the United States (with William A. Gamson, Jürgen Gerhards, and Dieter Rucht) (Cambridge University Press, 2002).
Presents an analysis of newspaper articles framing the issue of abortion in both countries between 1970 and 1995, and shows how little the US debate has to do with women’s rights: issues of family privacy, religious freedom and individual autonomy dominate the framing of reproductive rights and are not actually opposite to the fetal-life framing that anti-abortion rhetoric uses. German frames that juxtapose fetal rights with those of the pregnant woman lead to compromises that insert the state into the protection of both interests, and use strategies other than punishment to try to reduce abortions.