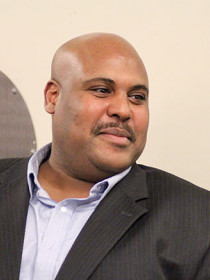 Fortner’s research interests focus on American culture and politics, race and social problems, crime and criminal justice, and inequality and public policy. He is the author of Black Silent Majority: The Rockefeller Drug Laws and the Politics of Punishment (Harvard University Press, 2015). Along with Amy Bridges, he edited a volume on city politics, Urban Citizenship and American Democracy (SUNY Press, 2016). He has also been published in The New York Times, Boston Globe, Newsweek, and Dissent magazine, and his research has been covered in major media outlets, such as The New York Times, the New Yorker, New York Magazine, and the Daily Beast.

Whites, Blacks, and the Morality of the Privileged

Black Politics and the Origins of America's Prison Boom