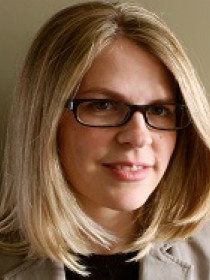 Fowler’s research centers on questions of communication, political discourse and citizen learning in elections and in the health policy context. In particular, she analyzes the factors that shape media messages in both advertisements and in news coverage and what the influence of such messages are on public opinion, knowledge and ultimately behavior. Fowler also co-directs the Wesleyan Media Project, which tracks all political advertising aired on broadcast television in real-time during elections, and her work with the Project has been cited extensively in national media. She also serves on ABC’s Election Night Decision Desk.

"First Impressions: Geographic Variation in Media Messages During the First Phase of ACA Implementation" (with Sarah Gollust, Colleen L. Barry, Jeff Niederdeppe, and Laura Baum). Journal of Health Politics, Policy and Law 39, no. 6 (forthcoming): 1253-1262.
Presents the results of a comprehensive content analysis of local televised media (news and advertisements) during the first phase of Affordable Care Act implementation.
"Sponsorship, Disclosure, and Donors: Limiting the Impact of Outside Group Ads" (with Travis N. Ridout and Michael M. Franz). Political Research Quarterly (forthcoming).
Examines the influence of unknown group advertising relative to candidate advertising and how donor disclosure in the ad and in news coverage affects the ad’s impact.
"The Content and Effect of Politicized Health Controversies" (with Sarah E. Gollust). The ANNALS of the American Academy of Political and Social Science 658, no. 1 (2015): 155-171.
Describes the implications of two public health cases for which significant political controversy has emerged in recent years: mammography screening and the HPV vaccine
"Political Advertising in 2014: The Year of the Outside Group" (with Travis N. Ridout). The Forum 12, no. 4 (2014): 663-684.
Examines 2014 trends in broadcast television advertising volume, content and sponsorship.
"Issue Emergence, Evolution of Controversy, and Implications for Competitive Framing: The Case of the HPV Vaccine" (with Sarah E. Gollust, Amanda F. Demsey, Paula M. Lantz, and Peter A. Ubel). The International Journal of Press/Politics 17, no. 2 (2012): 169-189.
Traces the media discussion of legislative debates across the 50 states over whether or not to mandate the HPV vaccine as a requirement for middle school-aged girls.
"Local Television and Newspaper Coverage of Advertising" (with Travis N. Ridout). Political Communication 26, no. 2 (2009): 119-136.
Examines the prevalence and tone of advertising coverage in local TV news and local newspapers relative to the actual tone and volume of advertising aired in local markets.