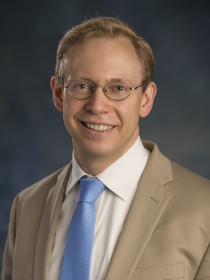 Hankla’s research focuses on the politics of economic policy-making, including trade policy, industrial policy, and fiscal policy. Hankla also studies the impact of political decentralization on economic outcomes. Hankla often uses statistical methods to study all countries at once but is also engaged in more detailed studies of India and Europe. Hankla is often involved in consulting on issues of international development, in addition to his research, especially with the United States Agency for International Development and with the United Nations Development Program. Hankla has worked on projects relating to Vietnam, Egypt, and other countries. Hankla is also engaged in his local community in Atlanta. Hankla among other things is an elder in the Presbyterian Church (USA) and a PTA member at his children’s school.

Rethinking the Roles of Congress and the President in "Fast Tracking" U.S. Trade Negotiations

How Registration Reforms Can Boost Voter Participation in Georgia

"Economic Liberalism in Illiberal Regimes: Authoritarian Variation and the Political Economy of Trade" (with Daniel Kuthy). International Studies Quarterly 57, no. 3 (2013): 492-504.
Explores the effects of authoritarian variation on national trade policies.
"Fragmented Legislatures and the Budget: Analyzing Presidential Democracies" Economics & Politics 25, no. 2 (2013): 200-228.
Develops and tests a theory for the impact of legislative fragmentation on budgetary politics in presidential democracies.
"Understanding the Role of the European Court of Justice in European Integration" (with Clifford Carrubba and Matthew Gabel). American Political Science Review 106, no. 1 (2012): 214-223.
Offers a follow up to an article finding evidence for political constraints on European Court of Justice (ECJ) decision making.
"When is Fiscal Decentralization Good for Governance?" Publius The Journal of Federalism 39, no. 4 (2009): 632-650.
Reviews past research on the governance implications of devolving power to subnational authorities, and finds that the gains from decentralization depend sensitively on how subnational authorities and intergovernmental relations are structured.
"Parties and Patronage: An Analysis of Trade and Industrial Policy in India" Comparative Politics 41, no. 1 (2008): 41-60.
Explores what political factors influence the allocation of economic patronage in democracies.
"Judicial Behavior under Political Constraints: Evidence from the European Court of Justice" American Political Science Review 102, no. 4 (2008): 435-452.
Examines how threats of noncompliance and legislative override influence decisions by the European Court of Justice (ECJ).
"Party Strength and International Trade: A Cross National Analysis" Comparative Political Studies 39, no. 9 (2006): 1133-1156.
Argues that, other things equal, democracies with strong parties will choose freer trade policies.