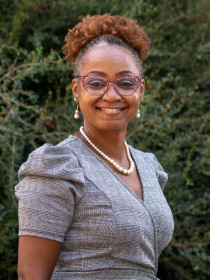 Will Mayor Ella Jones Be Able to Turn Around Ferguson?

Researches extended traditional examinations of racialized policing in urban spaces to examine Black residents’ experiences of policing in suburban locations, such as Ferguson.

Race, Place, and Suburban Policing: Too Close for Comfort (University of California Press, 2015).

Shows encounters between black citizens and police in urban communities, there have been limited analyses of such encounters in suburban settings. Examines a fraught police-citizen interface, where blacks are segregated and yet forced to negotiate overlapping spaces with their more affluent white counterparts.