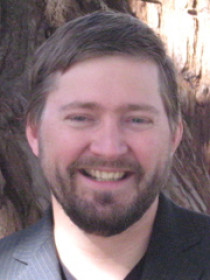 Halfmann's research and teaching focuses on social movements and the politics of health and social policy. He is the author of Doctors and Demonstrators: How Political Institutions Shape Abortion Law in the United States, Britain and Canada (University of Chicago Press, 2011), which won the 2012 Charles Tilly Best Book Award from the American Sociological Association’s Section on Collective Behavior and Social Movements, and the 2013 Distinguished Scholarship Award from the Pacific Sociological Association. His work has appeared in the American Sociological Review, Social Problems, Mobilization, Studies in American Political Development, and the Journal of Policy History. His current research is on the African-American struggle for health equality from Reconstruction to Obamacare.

Why Abortion Controversies are So Central to U.S. Politics

Doctors and Demonstrators: How Political Institutions Shape Abortion Law in the United States, Britain and Canada (University of Chicago Press, 2011).
Looks beyond simplistic cultural or religious explanations to find out why abortion politics and policies differ so dramatically between America and Canada and Britain, and finds that political institutions are key to understanding the discord.
"Recognizing Medicalization and Demedicalization: Discourses, Practices and Identities" Health: An Interdisciplinary Journal for the Social Study of Health, Illness and Medicine 16, no. 2 (2011): 186-207.
Provides a new typology of medicalization and illustrates its utility through an analysis of two episodes in American abortion history.
"War Pictures: The Grotesque as a Mobilizing Tactic" (with Michael P. Young). Mobilization 15, no. 1 (2010): 1-24.
Examines the uses and effects of grotesque imagery in the antislavery and antiabortion movements and considers implications for theories of movement framing and mobilization.
"The Biomedical Legacy in Minority Health Policy-Making, 1975-2002" (with Jesse Rude and Kim Ebert). Research in the Sociology of Health Care 23 (2005): 245-275.
Traces the relative prominence of "biomedical" and "public health" approaches in congressional bills aimed at improving the health of racial and ethnic minorities over a 28-year period.