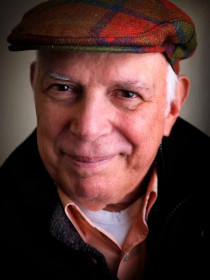 Boyte’s research and practical work focuses on civic agency, democracy and populist politics. He is particularly interested in examining what politics are required for ordinary people, especially those steeped in experiences of subordination, to develop the skills and confidence to direct their lives, to shape the world around them, and to democratize power in contemporary societies. Boyte is an architect of the "public work" framework of citizenship, which represents an alternative to state centered liberal citizenship and varieties of communitarian citizenship such as deliberation and associational membership. Boyte was a co-founder, with Elinor Ostrom, Jane Mansbridge, Peter Levine, Rogers Smith, Steve Elkin and Karol Soltan in a day long meeting on "civic studies," a framework of citizenship and politics that seeks to go beyond the liberal-communitarian dispute in political and social theory. Boyte has served as National Coordinator of the American Commonwealth Partnership, a broad alliance of higher education, civic, business and philanthropic groups which worked in collaboration with the White House Office of Public Engagement and the U.S. Department of Education to strengthen higher education as a public good, during 2012, the 150th anniversary of the Morrill Act. During the Clinton Administration, he was National Coordinator of New Citizenship, an alliance of civic, higher education, and philanthropic groups which worked in collaboration with the White House Domestic Policy Council to analyze the gap between citizens and government and to propose solutions. He also founded Public Achievement, an international youth civic education initiative, now active in 23 countries, based on the conceptual framework of public work.

"Constructive Politics as Public Work: Organizing the Literature" Political Theory 39, no. 5 (2011): 630-660.
Explains the framework of citizenship as public work. Develops civic agency, and its concepts of the citizen as co-creator and politics as productive, not simply distributive.
"Civil Society and Public Work" in The Oxford Handbook of Civil Society, edited by Michael Edwards (Oxford University Press, 2011), 324-336.
Argues that conventional associative and deliberative frameworks of citizenship make a large mistake in slighting "work" and workplaces, or even posing work as the realm of necessity, not politics. Calls for bringing work back into the center of civic action, for the sake of building popular power (civic agency) and reversing global trends toward privatization, or dismantling of the commonwealth.
"Reframing Democracy: Governance, Civic Agency, and Politics" Public Administration Review 65, no. 5 (2005): 536-546.
Describes the implications of a public work framework for reconceptualizing democracy, politics, and public affairs professional practice.
Everyday Politics: Reconnecting Citizens and Public Life (PennPress, 2004).
Develops an account of the politics of public work as a global alternative to communitarian civic engagement (such as service and voluntarism), on the one hand, and distributive politics (such as advocacy, protest, and mobilizing), on the other. This account shifts from a scarcity framework to a more expansive sense of “abundance” grounded in real-world labors.
Free Spaces: The Sources of Democratic Change in America (with Sara M. Evans) (University of Chicago Press, 1992).
Develops a theory of free spaces – sustained political environments in the life of communities and their institutional fabric – in which relatively powerless groups have room for self-definition and democratic learning experiences. Argues that these can be found at the heart of all genuinely democratic movements.
CommonWealth: A Return to Citizen Politics (Free Press, 1989).
Analyzes the “commonwealth political tradition” in America as the tap root of citizen-centered politics different from the politics of the market, on the one hand, and from state-centered socialism and social democracy, on the other.