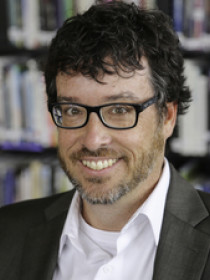 Hartmann's research focuses on race, sports, and public culture. Overarching themes of his writing include impact of sports-based intervention, cultural diversity, and religious belief and practice. He is the author of Midnight Basketball: Race, Sports, and Neoliberal Social Policy (University of Chicago Press, 2016) and Race, Culture, and the Revolt of the Black Athlete: The 1968 Olympic Protests and Their Aftermath (Chicago, 2003), and co-author of Migration, Incorporation, and Change in an Interconnected World (Routledge / Taylor-Francis, 2015). Hartmann’s work has also appeared in the American Sociological Review, Ethnic and Racial Studies, the Journal of Sport and Social Issues, and Social Problems.

Using new, nationally representative survey data, finds that white Americans are not as unaware of the privileges associated with whiteness as the scholarly literature might imply.

Ethnicity and Race: Making Identities in a Changing World (with Stephen Cornell) (Pine Forge Press, 2007).
Provides a general, widely-cited overview of sociological research and thought on race and identity in contemporary societies.
"Diversity in Everyday Discourse: The Cultural Ambiguities and Consequences of ‘Happy Talk’" (with Joyce M. Bell). American Sociological Review 72, no. 6 (2007): 895-914.
Uses interviews with respondents in four major metropolitan areas to explore how Americans understand the meaning of “diversity” in everyday life.
"Atheists as ‘Other’: Moral Boundaries and Cultural Membership in America" (with Penny Edgell and Joseph Gerteis). American Sociological Review 71, no. 2 (2006): 211-234.
Shows that atheists are the most distrusted of minority groups in the contemporary United States.
"Bound by Blackness or Above It? Michael Jordan and the Paradoxes of Post-Civil Rights American Race Relations" in Out of the Shadows: A Biographical History of African American Athletes, edited by David K. Wiggins (University of Arkansas Press, 2006), 301-324.
Illustrates the contradictions of blackness in contemporary American culture through a study of Michael Jordan’s career and his marketing activities.
Race, Culture, and the Revolt of the Black Athlete: The 1968 Olympic Protests and Their Aftermath (University of Chicago Press, 2003).
Analyzes the history and reform consequences of the protest movement that gave rise to one of the most iconic sports images in American and Olympic history.